[ Okay, so it was a long hiatus, for more than just track acquisition.  ]

There is now track feeding into the North Point & Beach Street line.   Along The Embarcadero is the “main line” of the State Belt, two or three tracks with a host of crossovers between the tracks and spurs serving industries and piers all along the route. 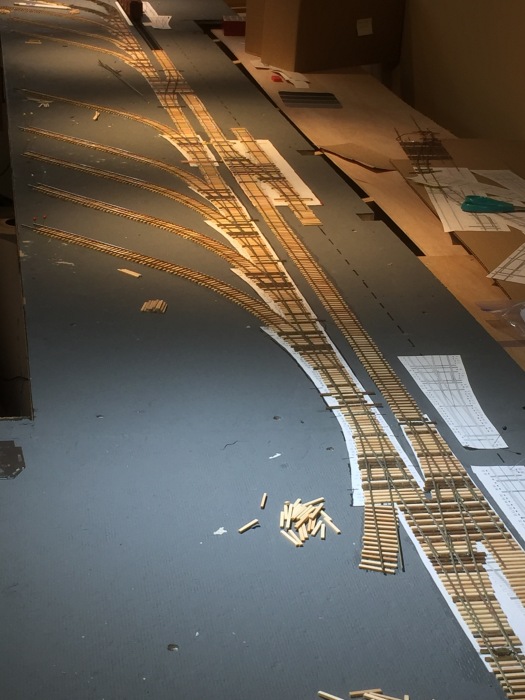 Trackwork along The Embarcadero

This is enough track to support a runaround, which is needed to operate on the North Point line.    There’s a spur for Fiberboard Products, and several team tracks.  There will soon be a third track (on the right side of the photo) and spurs into several piers.